Your 2007.5-2010 Duramax 2500HD/3500HD LMM puts down plenty of power and performance, but you can get even more horsepower, torque, utility, and capability from your aggressive LMM build with parts and accessories from Alligator Performance. We have a ton of Duramax LMM accessories and parts that can make your HD Silverardo or HD Sierra one of the most badass trucks around. Our selection of LMM Engine Upgrades will get your GM 2500 or 3500 a bunch more horsepower and torque in practically no time at all. Our tonneau covers give your Sierra or Silverado bed security and a clean look to your awesome truck. We also have a ton of LMM Duramax suspension upgrades with both 2500HD/3500HD Leveling Kits and Lift Kits that help you get an awesome look and clearance for big 2500HD/3500HD wheels and tires. Our Exterior Upgrades can completely change up the looks of your tough Duramax build in a big way. Adding a Duramax bumper will give your 2500 or 3500 more protection, a great look, and more capability. GM Duramax Fitments: 2007, 2009, 2010 GM 6.6L Duramax. Submodel Fitments: WT, Custom, LT, LTZ, High Country, 1LT, 2LT, Pro, SLE, SLT, AT4, Denali. Some exceptions apply, please see individual product pages for specific fitments. 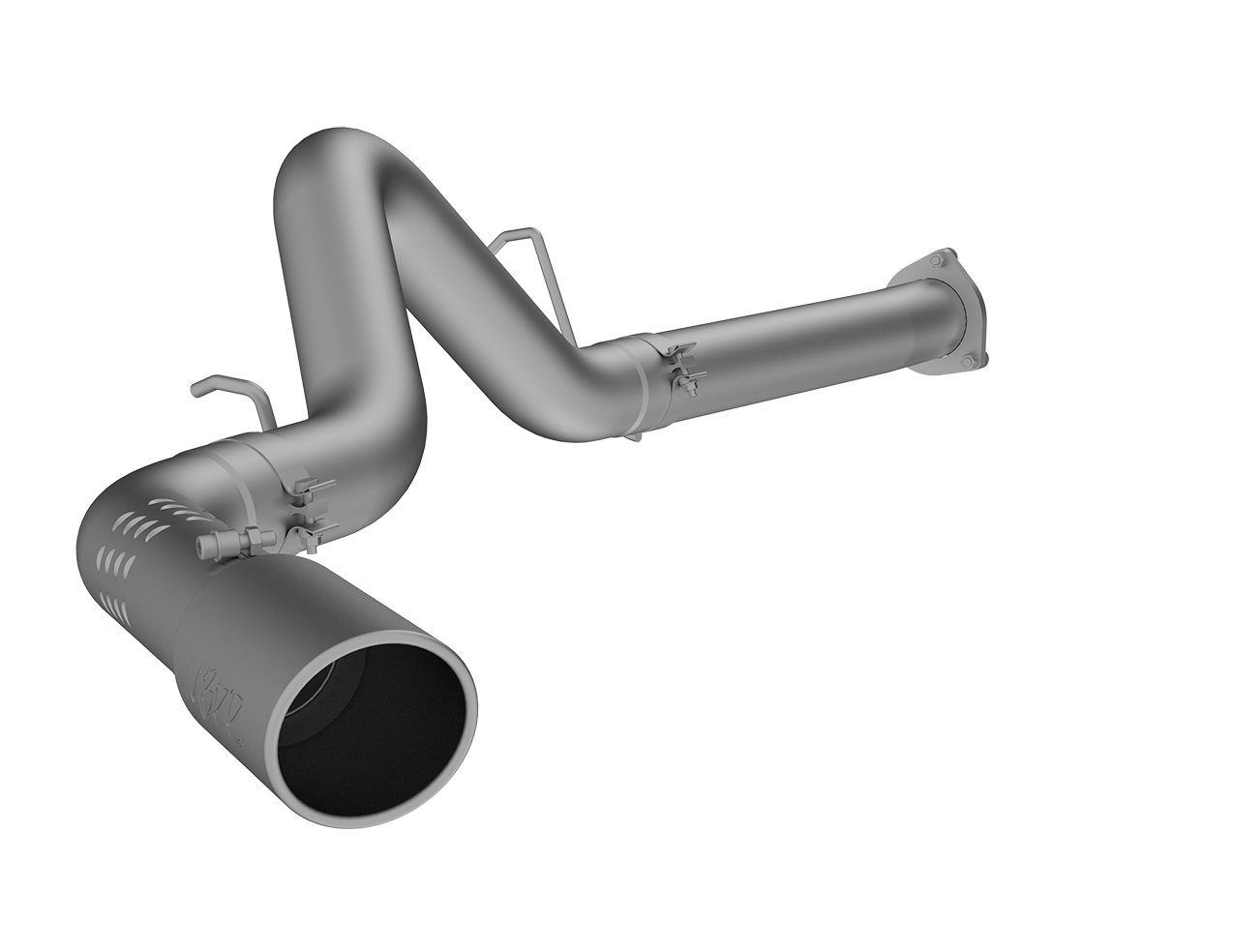 The LMM Duramax HD 2500 and HD 3500s are still some capable trucks that can handle street, towing, and off-road applications without breaking a sweat, but they are starting to show their age. The good news is that all it takes to make your LMM Duramax keep up with trucks half its age is some performance parts and accessories from your friends here at Alligator Performance. We have everything you need to give your Duramax LMM more power, more torque, improved capability both on and off-road, and a whole new look. We carry high-quality Duramax LMM upgrades that can make your HD Sierra or HD Silverado feel like new. The only problem is that there's a lot to choose from, which can make it difficult to figure out where to start. The good news is that we here at Alligator Performance have years of experience with the Duramax platform, and we can help you find the parts and accessories you need to get the very most out of your Duramax LMM build.

When it comes to modifying the Duramax LMM-powered Sierras and Silverados, most folks start with power so that these trucks can rip around with even the newest Duramax trucks. Our selection of Duramax LMM Engine Upgrades can give your GM 2500 or GM 3500 huge new levels of horsepower and torque in practically no time at all. One of the most effective ways to give your Duramax LMM a tremendous boost in power is with a Duramax LMM tuner or monitor. A Duramax LMM performance tuner is a device that uploads new software to your Duramax's ECM which changes key parameters of your engine management software to add big power. This new software increases your truck's boost pressure, adjusts its fueling, and completely overhauls its transmission function so that you get both power and improved shifting and gear holding. The right Duramax tuning can have your tough LMM 2500 or F3500 ripping around the street, sled pull, or trail in practically no time. Many of these tuners feature large screens and work perfectly as engine monitoring systems so that you can effectively keep tabs on your Duramax LMM's engine functions. One of our favorite tuners for the 2007.5-2010 Duramax LMMs is the Edge CTS3 which provides a big bump in power, but also comes standard with an extremely large touchscreen display that makes it one of the most effective monitors on the market. If tuning isn't an option for your due to budget or not wanting to push your truck that hard, you can still get a bump in performance without breaking your bank. A Duramax LMM cold air intake kit gives your HD Silverado or HD Sierra improved performance without a bunch of hassles. These LMM cold air intake kits provide an increase in airflow, lower charge air temperatures, and higher velocities than the stock paper filter and air box assembly which gives your LMM Duramax build more power and better throttle response all in one place. These intakes are extremely easy to install and come with everything you need to get them up and running on your truck. One of our most popular Duramax LMM intakes is the S&B Duramax LMM Oiled Cold Air Intake Kit. S&B's intake features a high-quality construction and highly efficient design all in a package that's easy on your wallet. The Duramax LMM S&B Intake comes with a new air filter, new air box, and new inlet tubing so that you get a total overhaul of your Duramax's intake system.

While the Duramax LMMs look pretty good right off the showroom floor, like a lot of trucks on the market, they come with a hefty amount of front rake and can't exactly clear the biggest tires in world. What you need is some extra front height, and our selection of GM Duramax LMM Leveling Kits can help you and your HD Silverado or HD Sierra out. A leveling kit gives your LMM Duramax just enough front lift to give it a clean, level stance and the ability to clear bigger tires without a bunch of hassles. We carry a bunch of different Duramax LMM leveling kits that can fit any budget or application that you have in mind. We have everything from basic torsion key kits to complete suspension packages that come with performance shocks and other hardware that will get your Duramax LMM improved handling and suspension performance all in one place. One of our most popular Duramax LMM leveling kits is the Kryptonite Stage 3 Leveling Kit with Bilstein Shocks. The Kryptonite Stage 3 kit adds up to 2" of ride height to your GM 2500 or GM 3500, and also comes with a set of high-strength control arms and a full set of Bilstein shocks that give your Sierra or Silverado excellent on-road handling and better off-road performance than the factory shocks.

If you want your HD Silverado or HD Sierra to have one of the biggest, baddest looks around or clear absolutely huge tires, you're going to need more lift than what a typical leveling kit provides. That's where our selection of Duramax LMM Lift Kits comes in. These GM 2500 or GM 3500 suspension lift kits provide a big bump in ride height on both your truck's front and rear, which instantly gives it a towering and intimidating look all on its own, but looks even better with a huge set of wheels and tires. These lift kits come with everything you need to give your Duramax the lift it needs for any application. We have Duramax LMM lift kits that can fit any budget or application so that you can find the perfect lift system for your Sierra or Silverado build's budget or application. One of our most popular lift kits for the 2007.5-2010 Duramax LMMs is the Zone 6" Lift Kit. Zone's kit provides 6" of front ride height and 5" of rear ride height so that you get an awesome look and keep some rake for towing or hauling. Zone's kit includes new shocks, compression struts, and other hardware so that your Duramax gets a clean ride to go along with its awesome looks.

One of the quickest ways to give your Duramax LMM an entirely new look and improved capability is with new and more aggressive wheels and tires. We here at Alligator Performance have an excellent selection of Duramax LMM Wheels and Tires that are sure to make your Silverado or Sierra turn heads both on and off-road. We have a bunch of Duramax LMM 17" wheels, Duramax LMM 18" wheels, and Duramax LMM 20" wheels in different designs, styles, widths, offsets, backspacing, and finishes so that you can get the perfect look and feel for your tough Duramax LMM build. We also have a nice selection of Duramax LMM 35" tires and Duramax LMM 37" tires that help give your HD Sierra or HD Silverado an amazing look, increased ground clearance, and better traction over the stock highway tires. We carry Duramax LMM all-terrain tires, LMM hybrid tires, and LMM mud-terrain tires so that you can find the perfect balance of ride quality and traction for your truck. However, if you are going to throw on 35" or 37" tires, make sure your Duramax has enough lift.
12 Days of Giveaways & Deals!
12 Days!Of Christmas!
View Deals
TOP