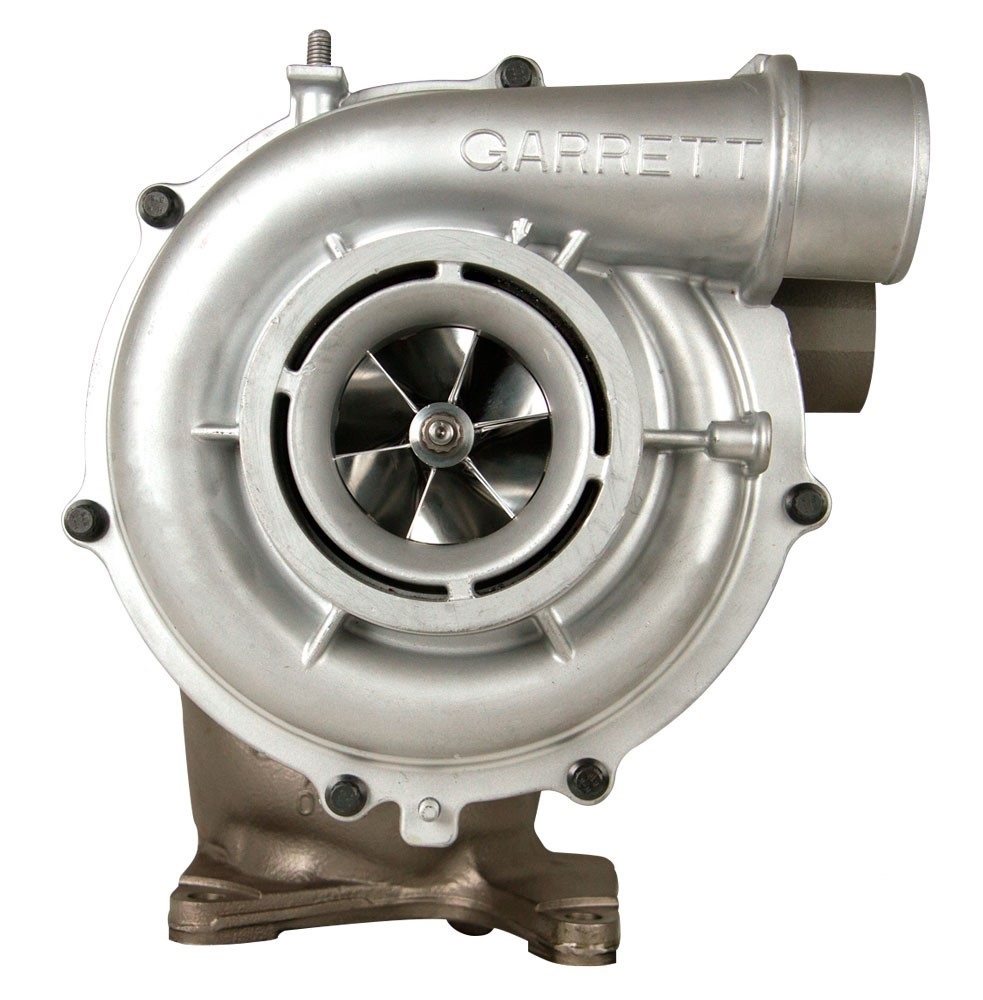 Building on the popularity of the Stealth 64 in the LB7, the Stealth 64 VVT project has taken a stock appearing LBZ turbocharger and overhauled it to meet the demands of the Duramaxtuner team. The Stealth 64 VVT is an easy to install upgrade that spools up quickly, controls EGT's under heavy load, allows to turbine braking during towing scenarios, and kicks ass when leaned on.

The stock LBZ turbocharger runs out of the air at about 530rwhp.  It has trouble controlling EGT's on extended pulls past 400HP. The Stealth 64 VVT extends the useful power curve of the engine out another 120HP to 650rwhp. Furthermore, the Stealth 64 VVT is much better at controlling exhaust gas temperatures under sustained load when towing up long grades at high power. This is accomplished through the use of a specially designed billet compressor wheel which is matched to a higher flowing turbine assembly. This match represents the best balance between quick spool-up response for driveability and overall compressor flow for peak power for truck owners looking to make 650rwhp.

The Duramax Tuner 64VVTLML Stealth 64 Drop-in Turbocharger for your 2011-2016 GM 6.6L Duramax LML is a must-have upgrade! It's called the Stealth 64 for a reason. Like its namesake bomber, the...

Fly Under the Radar! 2004.5-2010 Duramax Turbo UpgradeBuilding this line of Stealth's meant designing a turbo that would be safe to tow with, fun to drive every day and perform at competitions. ...

Building this line of Stealth's meant designing a turbo that's safe to tow with, fun to drive every day and class leading competitor.  If you think street-able, clean, stealthy power is cool...

Our custom 67.7mm Tcompressor is milled out of high strength 7075 Aluminum. Its TCT design is specifically designed to maximize peak power. To fit that wheel we developed a unique, OEM appearing, an...

Fly Under the Radar! 2004.5-2010 Duramax Turbo UpgradeBuilding this line of Stealth's meant designing a turbo that would be safe to tow with, fun to drive every day and perform at competitions. ...

This Allison 1000 is built in house to the highest of standards and includes a Goerend triple disc billet torque converter. All of our Allisons are built the same (clutch pack stackup) whether you're...