The Cat is out of the bag! Someone leaked pictures of the *Banks New Prototype Rear Diff Cover* .... I wonder who that was ;)

While testing rear differential covers, Gale Banks made important discoveries that enabled the engineering team to develop a cover with features that have never been seen before. Will this patent-pending design work? We're on the journey to find out.

Assuming you’ve been following our differential cover video series, you’ve likely been scratching your head thinking, "Gale said this would be a three-part series and now we’re into the fifth episode and we still have no data, just theories. Why the pause?" We had to buy some time to file a patent.

We learned so much during our testing of the various covers and the differential itself that we were able to solve several problems and bake these solutions into a single, very functional, rear diff cover design.

Last Wednesday evening at a private event in Las Vegas, we displayed our partially machined prototype.

The billet aluminum cover had been on the CNC for over 150 continuous hours when one of our engineers pulled it off and drove it to Sin City just in time to sneak it into a jeweler’s display case, minutes before the event began. Then, the next morning it was driven back to SoCal where it went back on the CNC for final machining. Total time to machine the prototype was roughly 250 hours.

During the event, our friends at Alligator Performance snapped a few photos and posted them to Facebook.

The cat is definitely out of the bag.

Stay tuned for the final Episode to see how the Banks Rear Differential Cover Performs! 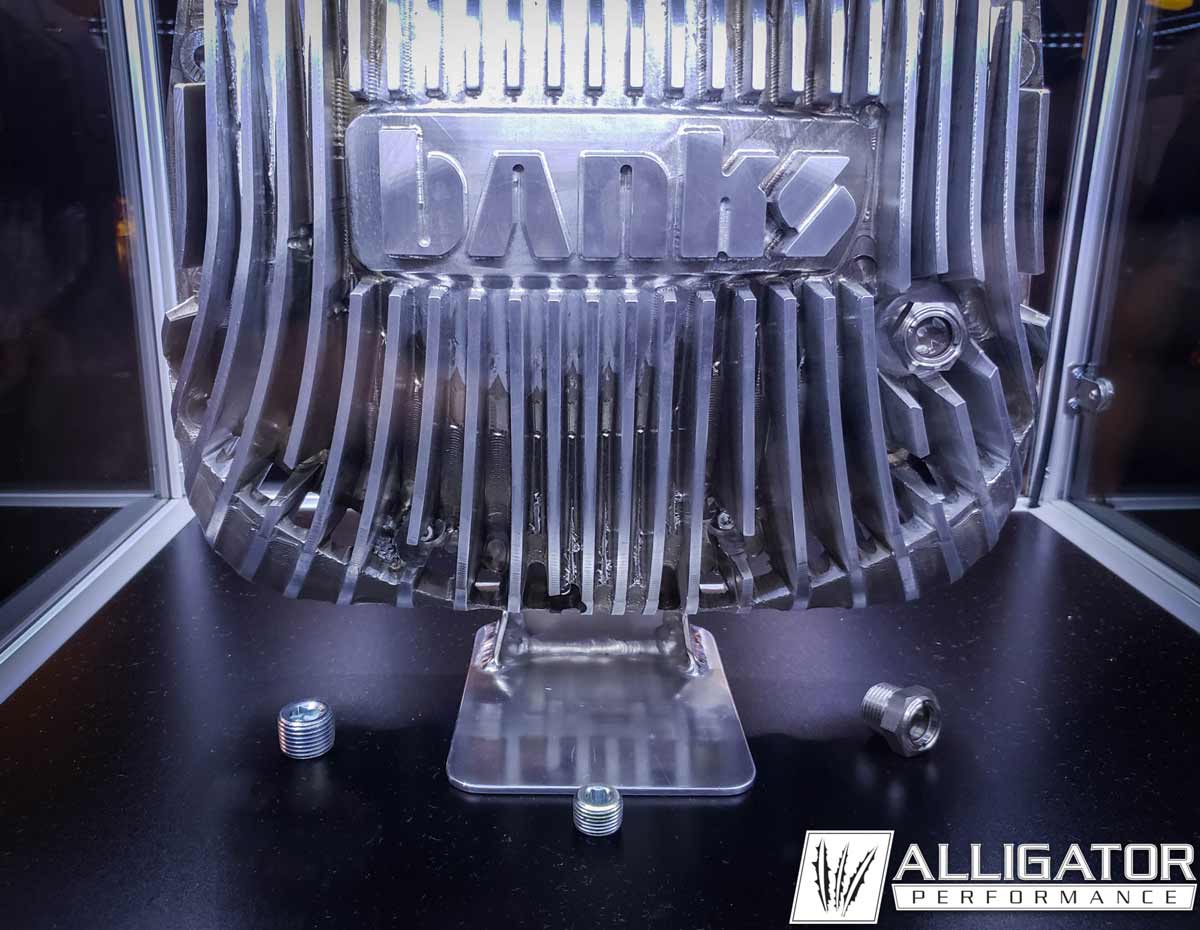 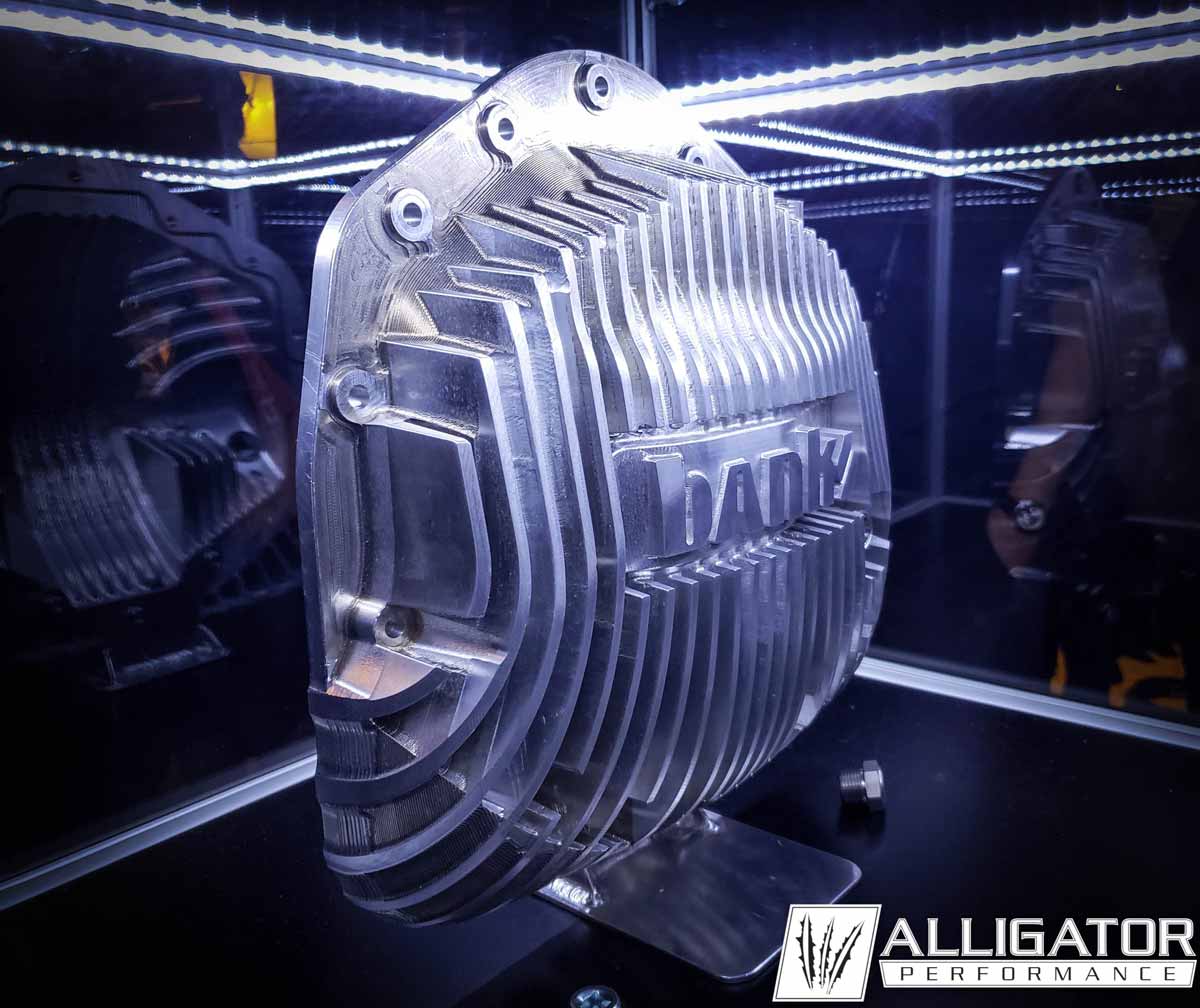 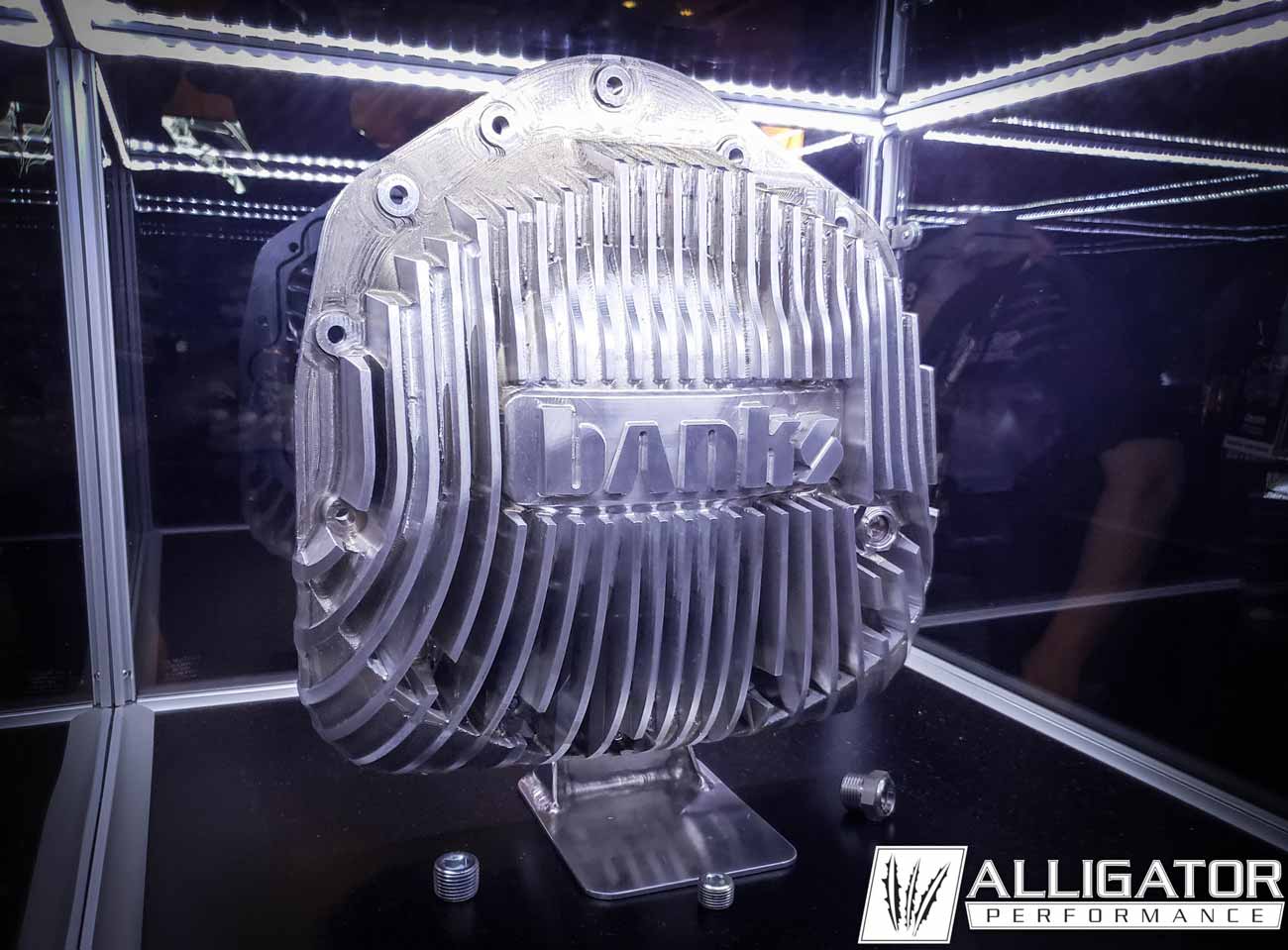 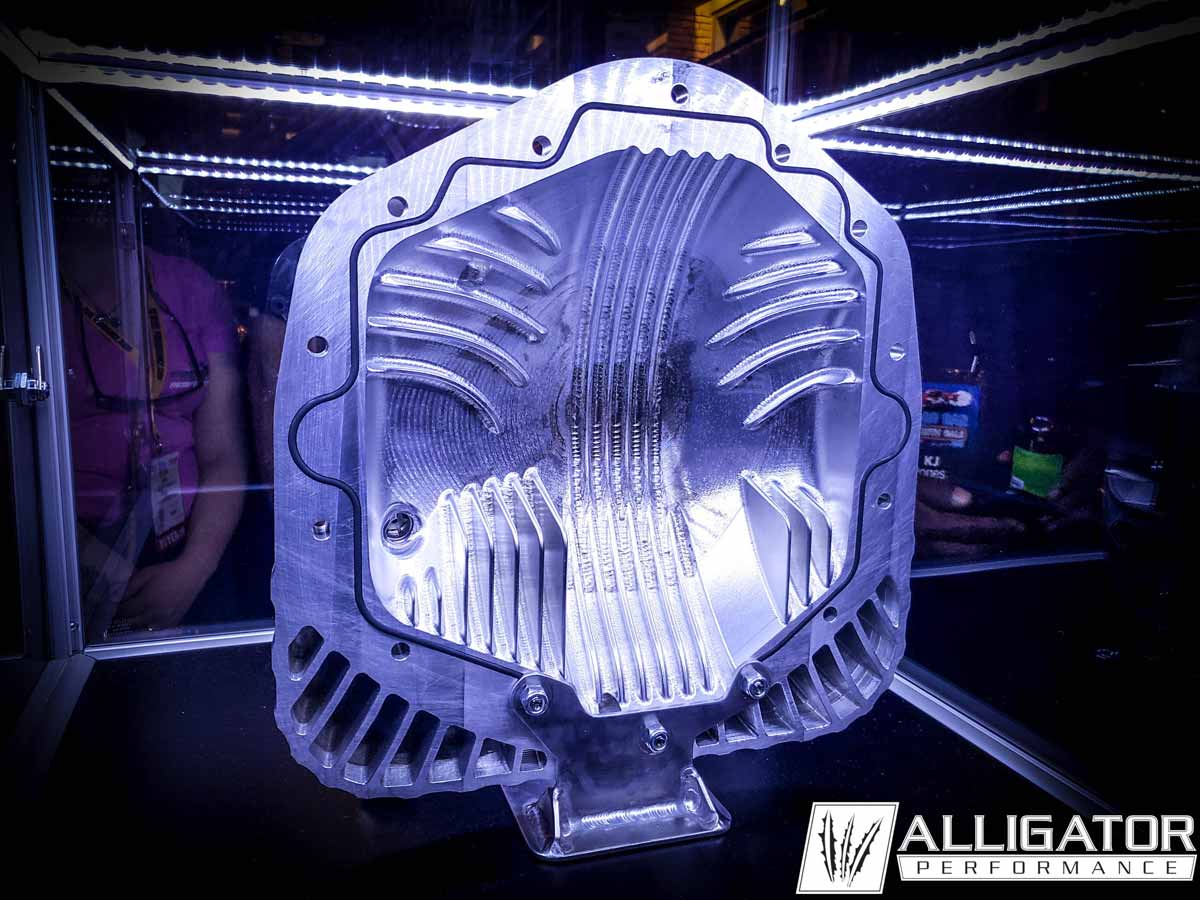 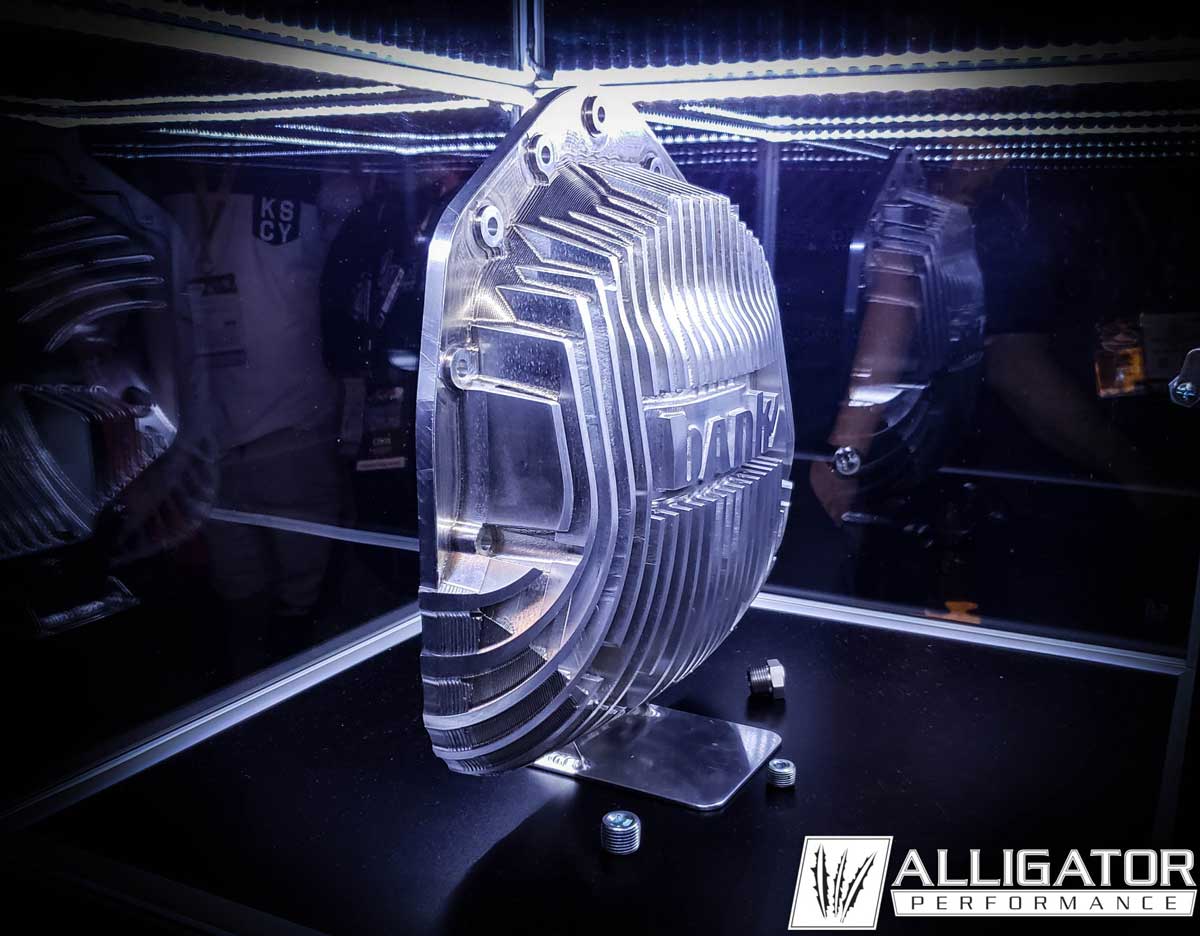 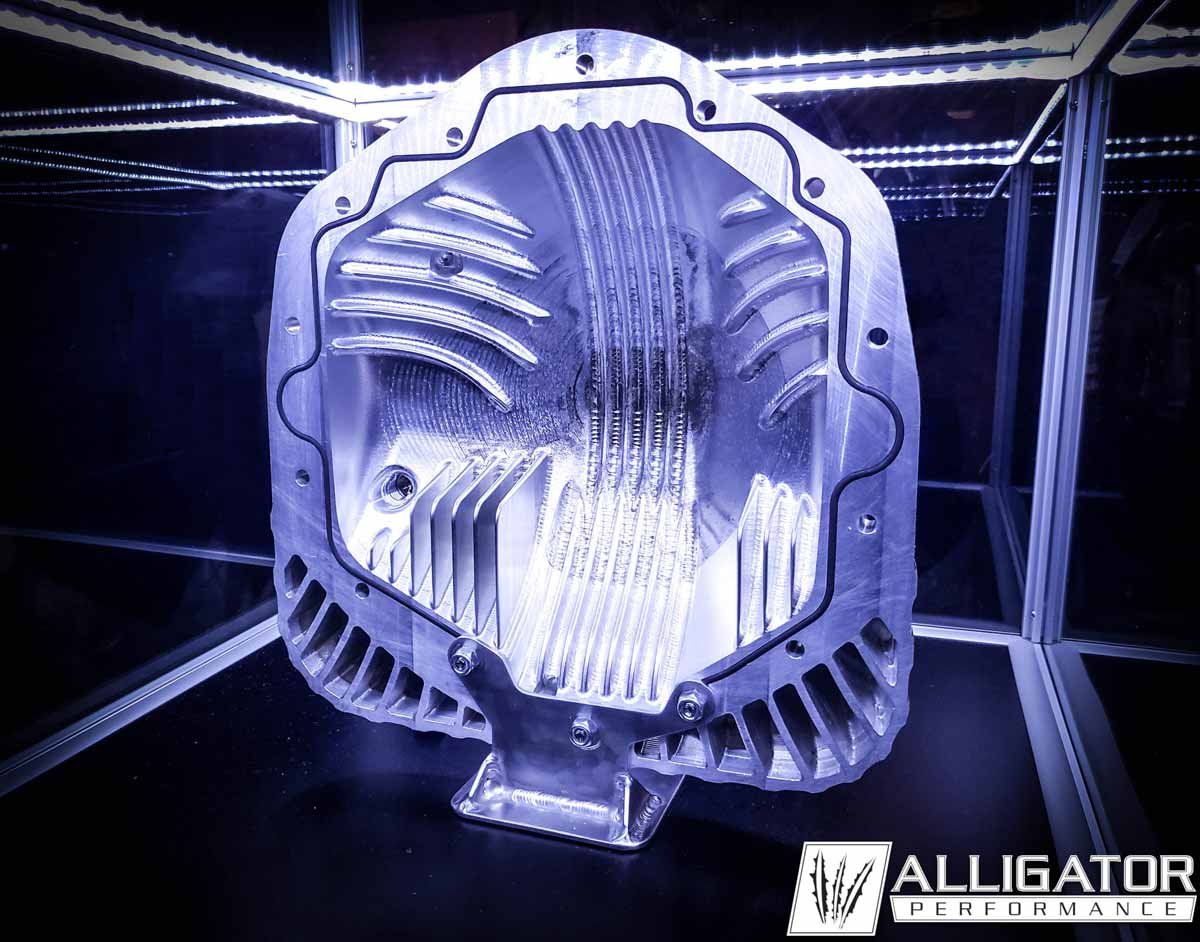